Len Larsen remembers when he first saw the pink flyer promoting the first Starbucks Pride partner (employee) event come through his store mail. It was 1996, and he was a store manager back when the company had just more than 1,000 stores.

“But we were starting to talk about 2,000 stores in the year 2000,” said Larsen, who is senior manager of Starbucks Business Ethics and Compliance at Starbucks Seattle headquarters.

The gathering was a small one, with 15 or so LGBTQ2+ partners from the company’s headquarters and nearby stores who met at a bar in Seattle’s Capitol Hill neighbourhood. “Starbucks had always been very inclusive, but we realized that we needed to become more organized,” he said.

By the next year, they marched as a group for the first time in the Seattle Pride Parade and were helping rally partners to participate in AIDS walks and fundraisers. Regular social gatherings nicknamed “Beers and Queers” sprang up, and they began to invite employees from LGBTQ2+ groups at other companies like Boeing, Amazon and Microsoft.

The partner group, which officially became Starbucks Pride Alliance Network in 2007, has grown to include thousands of partners in chapters across the United States, Canada, and around the world. They have also become powerful advocates for the lesbian, gay, bisexual, transgender, and queer community, and hope to do more in the years ahead both inside and outside the company.

“I never truly accepted and felt 100 per cent comfortable being gay and living my truth until I was hired at Starbucks and was embraced fully by my peers and leaders in the organization,” said Steven Snyder, a nine-year Starbucks partner and the chair of the Canada Pride Alliance.

“After nine years I feel like I’m still blossoming into who I am and prouder than ever to be a part of the LGBTQ2S+ community. Most of my journey to feeling comfortable with myself was accelerated by my involvement and leadership with the Pride Alliance Network, and I hope that our work within the network inspires others to live and celebrate themselves as openly as they want to be!”

Wearing Pride on their sleeves

The Canada Pride Alliance Network is one of Starbucks’ oldest and largest partner networks made up of hundreds of members of the LGBTQ2+ community and their allies. In 2019, they coordinated the first Craft Your Pride T-Shirt Contest to foster a uniquely Canadian celebration of Pride and the inclusivity it represents.

Out of nearly 50 submissions, a design by Toronto partner Jenelle Lewis was chosen as the winner. Throughout the summer, more than 2,500 partners wore their Pride on their sleeves.

New and current partners can now choose to self-identify with the company as LGBTQ – similar to other identifications, such as disability, refugee, and veteran. The option was the result of efforts by the Pride Alliance partner network to create another way to build upon the company’s commitment to the inclusion and diversity of all partners.

Benefits eligible partners who choose to build their families through adoption, surrogacy, or intrauterine insemination (IUI) can be reimbursed up to $10,000 per child up to a lifetime maximum of $30,000 per partner. Previously, the Family Expansion Reimbursement program only applied to adoptions.

Two decades after Starbucks partners marched in its first Pride Parade in Seattle, hundreds of Starbucks Pride Alliance partners, friends and family join Pride events in London (above) and around the world.

Starbucks Canada’s new dress code celebrates individuality and embraces the desire of baristas to express themselves. The new dress code includes any colour of hair dye, as well as a range of clothing colours and patterns. The changes allow more than 20,000 store partners (employees) the opportunity to show the real person behind the green apron; their unique style, personality and individual flair, which makes up the unique fabric of Starbucks.

The Starbucks Foundation contributes $50,000 USD to the OneOrlando Fund to help people and families impacted by the Pulse Nightclub shooting in Orlando, Fla.

Starbucks joins with more than 200 other business leaders to urge equal treatment for the LGBTQ community. Lucy Helm, then-general counsel and now chief partner officer, shares a letter to partners underscoring Starbucks commitment to inclusion. “From our very earliest days, we have strived to create a company and culture that treats everyone – partners and customers alike – with respect and dignity,” Helm wrote. “We will continue to champion these values and to stand for our partners, our customers and our communities.”

Starbucks earns 100 out of 100 for the first time on the 2015 Corporate Equality Index (CEI), an initiative administered by the Human Rights Campaign Foundation on corporate policies and practices as a top employer for LGBTQ workplace equality.

In order to help partners in self-identification, Starbucks updates its technology systems to ensure that documentation in stores reflect a partner’s “known as” name or nickname that is consistent with their gender identity or expression. This is an especially meaningful move for transgender partners, who now see their preferred name each time they log in for a shift.

The following year, the Safe Place Program was launched in B.C. by the Vancouver Police Department. Starbucks was one of the participating businesses in this initiative.

Marriage equality becomes the law of the land in the United States thanks to the U.S. Supreme Court’s ruling. Earlier in the year, Starbucks had signed on to The People’s Brief in favour of the decision.

Starbucks flies the Pride flag atop its Seattle headquarters for the first time. “Given our public stance on diversity and inclusion of all people, particularly on this issue, it makes sense to raise the flag in celebration,” said Lucy Helm, then-general counsel who is now chief partner officer for Starbucks. “Being open, inclusive and forward-thinking is at the core of what Starbucks is about.”

Starbucks chairman and chief executive officer Howard Schultz makes a vocal statement on diversity and equality during a spontaneous exchange at the 2013 Starbucks Annual Meeting of Shareholders. In response to a stockholder who voiced his view that the company had lost customers because of its support for marriage equality, Schultz said, “Not every decision is an economic decision. The lens in which we are making that decision is through the lens of our people.”

In the U.S., Starbucks supports transgender partners by adding coverage of gender reassignment surgery to the company’s health benefits. In Canada, gender-affirming surgeries (also known as sex reassignment surgeries) are covered by most provincial health care plans for eligible individuals.

Starbucks files an amicus brief in the U.S. Supreme Court case challenging the Defense of Marriage Act. The year before, the company had joined with other Pacific Northwest employers in supporting marriage equality legislation in Washington state.

Starbucks joins (RED)™ to help invest in AIDS programs in Africa through the Global Fund. As of 2019, Starbucks has generated more than $15.5 million in donations to help this cause. The money supports HIV/AIDS programs, which provide HIV testing, counselling, treatment, prevention and education services.

Starbucks Pride partner affinity group officially becomes the Starbucks Pride Alliance Network, and is one of the largest employer resource groups for LGBTQ employees in the United States and Canada.

A culture of belonging

Starbucks issues Workplace Gender Transition Guidelines to support partners who are transgender or considering transitioning to promote understanding of fair and equitable treatment of transgender and gender-diverse partners.

The Human Rights Campaign’s first Corporate Equality Index includes Starbucks in its national benchmarking tool on LGBTQ corporate policies and practices with a score of 86. Each year since 2002, Starbucks has scored 85 per cent or higher, including a perfect score of 100 per cent in 2016 and designation as one of the “Best Places to Work for LGBT Equality.”

LGBTQ partners meet informally at Seattle area bars, which eventually becomes Starbucks LGBTQ partner affinity group. The group goes on to become the Starbucks Pride Partner Network and grows to include thousands of partners in the United States, Canada, and around the world. 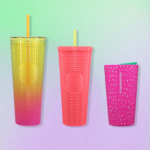