‘But Have You Read the Book?’ will dive into the process of literature leaping from page to screen

Today, Starbucks and Netflix announced a new social content series as part of an exclusive relationship associated with the Netflix Book Club, a one-of-a-kind club for literary and entertainment lovers to hear about their new favourite books, films, and series adaptations first.

When discussing a film or television adaptation, the first question often asked is, ‘but have you read the book?’ That’s the inspiration behind Starbucks and Netflix new monthly social content series – ‘But Have You Read the Book?’ – which will share an inside look at how a book is brought from page to screen. As the series host, three-time Emmy Award winner and star of the hit series adaptation Orange Is the New Black, Uzo Aduba, will have conversations about the process with cast, creators and authors over a cup of coffee at Starbucks.

“Coffee brings us together for a shared experience with loved ones, friends, and even strangers, and Starbucks has built a community over the years for people to have conversations with one another about literature and entertainment,” said Starbucks CMO Brady Brewer. “The new relationship we’ve formed with Netflix for ‘But Have You Read the Book?’ is an exciting way to bring these conversations from the third place to our customers, wherever they are.”

Each episode takes place at various Starbucks locations around the U.S., and Uzo and guests will dig deeper into the stories and encourage audiences to create a similar dialogue with others through behind-the-scenes content, conversations and discussion guides. Topics will range from what drew them into the work, to how they relate to the storyline, to what message they hope viewers and readers take away from the story.

“From Bridgerton, To All the Boys and Sweet Magnolias to Queen’s Gambit, Unorthodox, Virgin River and of course Orange Is the New Black, Netflix loves bringing books to life on screen and creating conversation with passionate readers and fans,” said Netflix CMO Bozoma Saint John. “We’re thrilled to partner with Starbucks and excited that the incredible Uzo Aduba will be our host to discuss favourite books and what goes into the writing, developing, casting and creating of our beloved series and films.”

Netflix Book Club’s first pick of the month is Nella Larsen’s Harlem Renaissance-era novel, Passing. All are invited to read the book, watch the film on Netflix on November 10, and tune in for the first episode of ‘But Have You Read the Book?’ on November 16, which will live on the Still Watching Netflix YouTube Channel and the Netflix Facebook channel.

All are encouraged to participate in the book club by visiting NetflixBookClub.com to learn more about the current book selection, mark their calendars for the “But Have You Read the Book?” air date, and find behind-the-scenes content and discussion guides. 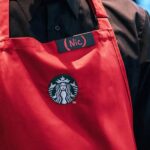 The coffee you order helps support our commitment to farmers and their communities. From donating disease-resistant coffee trees to investing in sustainable agricultural practices and conserving water in coffee processing, we’re working to empower communities and improve livelihoods. Here’s how we’re making a difference Positively empowering 1 million women and girls in coffee-, tea- and […]