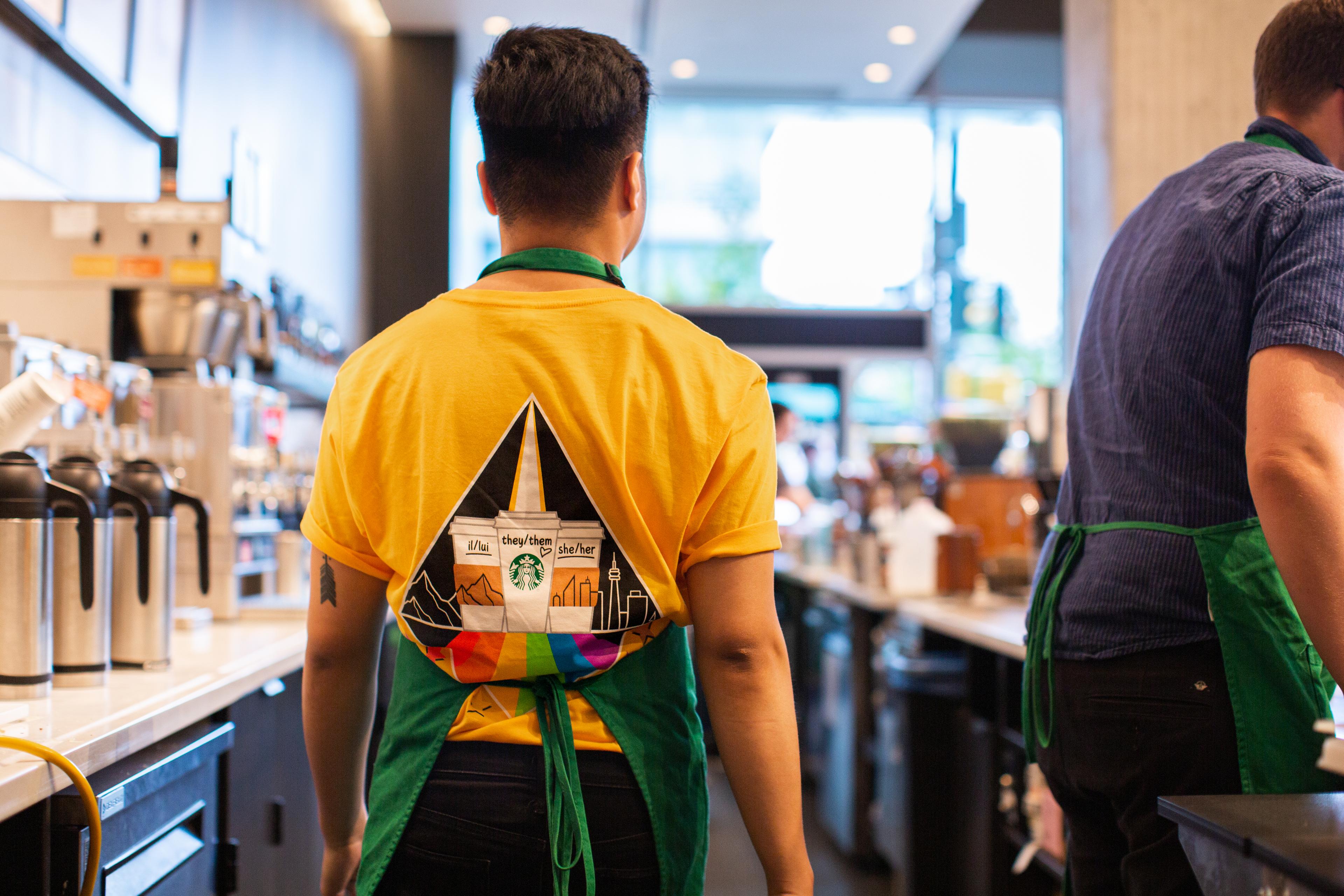 Pride Month started during the Stonewall Uprising in June of 1969, to commemorate and celebrate LGBTQIA2+ communities, culture and activism around the world. As a company focused on building community, acceptance and inclusion, Starbucks Canada is celebrating Pride with every sip and every cup.

This summer, bold, Starbucks Refreshers aren’t the only colourful visuals you’ll see at Starbucks Canada stores. Customers will see many partners proudly wearing the bright and eye-catching 2022 Starbucks Canada Pride T-shirt, which has become an iconic symbol that the start of Pride celebrations is underway in stores across the country.

As part of the company’s annual Craft Your Pride contest, which began in 2019 and is coordinated through the Starbucks Canada Pride Network, this year’s winning design was created by Vancouver-based barista (employee), Rex (he/him) and was inspired by this year’s theme of #InclusivityForAll. Showcasing how an intense ray of sunlight can produce a unique light prism, Rex brought the beauty of the rainbow to life with his design while sharing a vibrant world where everyone is there for each other and is full of Pride.

“This year’s (t-shirt) was yellow, which reminds me of the sun.” says Rex. “I noticed every ray of light during the time I was creating my design. I also knew that I wanted to layer in as many identities as possible—from the colours to the pronouns and languages on the Starbucks cups.”

Rex, who has always found art therapeutic, grew up in the Philippines and shares that before moving to Canada and finding community, he felt like he was wearing a mask to survive.

“I always knew that I was gay, and I knew that I didn’t necessarily behave the way people expected me to, so fitting in was really hard for me,” he shares. “But when I came to Canada from the Philippines, I felt more comfortable being myself because I noticed that many around me were more open to the queer community,”

As a winner of the Starbucks Craft Your Pride T-shirt contest, Rex is able to select a charity to receive a donation from Starbuck and has selected QMUNITY, a BC-based resource centre that helps local queer, trans and Two-Spirit communities navigate their identities, meet their needs and helps them thrive.

“I made this decision for my younger self, who felt alone and didn’t have someone to turn to. I want to support a community that prides itself on being that pillar of support to those who need it.”

Pride means something different for everyone. And for Rex, Pride means celebrating one’s true self and the freedom to live life to the fullest, without letting anyone hold you back. 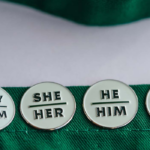